I entered my official work count into the NaNoWriMo website on November 30 and was treated to triumphant music and a blinking WINNER message.

I had done something I was sure I could not do. I had written whole novel in one month.

Friends in the writing community had participated in National Novel Writing Month or NaNoWriMo, which  is a national movement that challenges writers to complete a 50,000 word novel during November. I listened to them and shook my head. No, I write too slowly, my ideas don’t arrive fully formed and I get off-track too easily. After all, it took me over two years to complete my 40,000 word middle grade novel and it still isn’t quite what it should be.

No, I could never do NaNo.

It was in mid- October that I wrote and rewrote a sentence in my new novel. I had been working on the sentence for days. I realized that I hadn’t moved my book forward in over two weeks. I wished that I could free myself up from the constant perseveration that dogged my writing. My need to make things perfect before I moved on. My discouraging experience of spending so much time on an interesting scene that even I was bored.

People around me were deciding whether or not to participate in NaNoWriMo this year. I had never really considered it. Dejected, I thought, why not give it a try?

I set aside my current novel and spent the rest of October outlining a book that I had thought about writing for years. I needed to have a whole new book for  this frantic, blast-out-the-words NaNo style of writing.

To complete a 50,000 word novel in a month, I needed to write 1,667 words a day. I am certain that I had never written 1,667 words in one day. In fact, there had been days when my daily word count was in the teens. I usually wrote a couple days in a row, then took a break for a day or two. There would be none of that with NaNo. It would be 1,667 words every day or failure.

But I didn’t want to fail. As I prepared, I realized that I wanted, more than anything, to write a whole novel in a month. Just to prove to myself that I could do it.

I woke up early on November 1st. I honestly had no idea how long it would take me to write 1,667 words. I figured it could be anywhere from an hour to four hours. I had set aside the entire day.

Except that I thought about my story and characters all day long.

The next day, I knew exactly what I was going to write. I’d move the story forward by writing the scene that I had thought about the day before. And I did.

So it went. Every day I’d write, two to three hours, then I’d imagine all day long what could happened next. The next day, I’d consult and revise my outline, read the last page that I had completed the day before and just write. All I needed was to find two hours to spend on my novel, one way or another, before I went to bed. Soon enough I had written close to 200 pages and was drawing the story to an end.

Doing NaNoWriMo felt like being on a long and challenging hike that took me to a place I had never been before. Sometimes, I was astounded by my own ability and energized by being in this unexplored territory. And sometimes I felt lost and exhausted and didn’t want to take another step. But like the hiker, I continued to put one foot in front of another and kept on going. When I was finished, I was thrilled to have had the adventure and wanted to do it again.

Realistically, I only wrote a DRAFT of a 50,000+ word young-adult historical fiction novel about a young woman and her friends growing up during World War II. It certainly is not a polished word-perfect story, at least not yet. But, I have something, something large and complete, a book with a beginning, middle and end that embodies the story I want to tell.

There are parts of the novel that are just what I want them to be. There are other parts that need a lot of work. And there are entire parts missing that still need to be written. But what I wrote for NaNoWriMo in November, 2016 was a whole book.

I don’t know what I will do with the novel I wrote for NaNoWriMo. I may decide to leave it in its draft stage forever while I focus on other projects. Or I may decide to recommit to it and do the hard work to revise it and bring it to completion.

Either way, I’m glad that I did it.

As November drew to a close and Thanksgiving arrived, I found myself brimming with thanks that someone out there had the idea to challenge writers to complete a 50,000 word novel in one month. The experience set me on a better course as a writer and taught me lessons about myself that I could not have learned any other way. NaNo on!

Starting the Conversation: Using Picture Books to Talk to Children about Racism and Protest 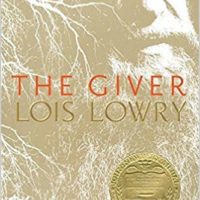 Great Lives in Colorado History Biography Series: Great on So Many Levels! 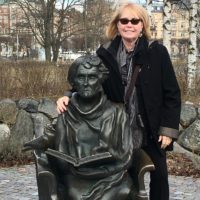